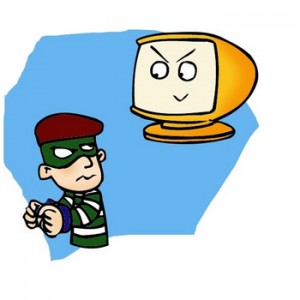 e often talk about robbing Peter to pay Paul, but here’s a case of robbing getting even more out of hand. In DNAInfo, Erin Meyer describes a man who committed one crime for another in her story, “Student Stole Laptops To Pay Court Fees From Burglary Case, Officials Say.” The laptops were stolen from a health clinic and then later pawned. So the crimes he was accused of make him look worse because not only is stealing wrong, but his victims were people trying to help others. His attorney said he is a college student who has served in the military, which sounds honorable, but it doesn’t help his reputation or probably even his case.

Reputation is important for the accused, but it’s also important for the attorney. The article doesn’t say if his attorney worked on his previous case, but it seems like this man isn’t trustworthy. The crimes might be all he has done, but some clients act irresponsibly outside the crimes, which can reflect badly on the attorney representing them. For instance, one attorney I met was helping someone charged with abuse and battery, and every time the client left his office, he went to other offices to steal things. Eventually the attorney had to drop the client after he was shown video proof of the thefts.

If you are defending someone who has been charged with criminal offenses, think about the conduct of your client beyond the case itself. If the person behaves badly in public, it will affect that person as well as your reputation. People will see your name attached to the client, no matter how they behave in or out of court.