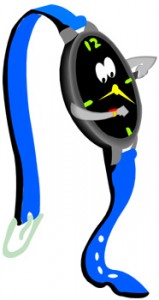 Recently, Gene Marks wrote in Forbes about “Why The Apple Watch Debut Is Worse For Apple Than Glass Was For Google,” saying that sales are down and people haven’t found the need to use it.

There’s something else about the Apple Watch that is troubling. Shortly after it debuted, the New York Times announced that it was going to create “one-sentence stories” for the watch. Those stories sound advanced and useful, especially on the small screen. However, it seems like it’s simplifying, even dumbing down content.

What has happened to established media outlets? They’re becoming tweets in places that aren’t even near Twitter. Of course, when newspapers only came in the form of paper that we could physically hold, those were the only places where we could read articles and get helpful information. Now some media professionals barely write more than a few sentences per item. Look at Phil Rosenthal of the Chicago Tribune. After he mentions a news item in one sentence, he adds another sentence to show he’s clever. He used to write more in-depth articles about business, and now he gives one-liners to keep the short attention span of the audience. He is an experienced journalist who no longer seems respectable or informative, just cute. I might as well look at hashtags instead, because there doesn’t seem to be much difference anymore.

I can understand why the media wants to change their digital footprint to be relevant for tablets and smartphones, but do so many stories have to be full of punch with no power? I guess we no longer need to go to a comedy club; we can just read USA Today or get only a glimpse of important topics via phone watches (Android is trying to compete with Apple).

I don’t plan on getting a smart-watch, but I do want to continue reading useful content that’s longer than a few sentences.