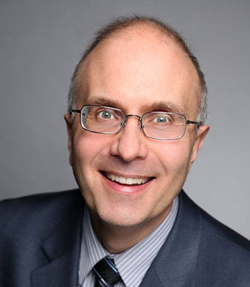 Tom Ciesielka, President of TC Public Relations, has worked in public relations, marketing, and business development for more than 25 years. He uses his media relations expertise to help clients carefully manage their reputation, whether it’s crisis communications at the speed of Twitter or thought leadership in a New York Times Op-Ed.

He manages each client’s mission, vision, and brand in local and national media outlets such as CNN, MSNBC, National Public Radio, Fox News, and the Associated Press, and provides development strategies for professional circles on LinkedIn and other social media outlets. Throughout his career, he has represented his clients with integrity and honesty, and those values continue to be a cornerstone of his business today.

Tom relocated from his native Philadelphia to Chicago in 1984. Prior to founding TC Public Relations, Tom honed his public relations skills in film sales, representing studios such as Paramount Pictures, MGM, and New Line Cinema, and as the marketing director for the Museum of Broadcast Communications, where he promoted exhibitions on American soap operas, rock 'n' roll music, and Walt Disney’s innovations in broadcasting.

As TC Public Relations advances through its third decade, Tom leads an established team of professionals, mastering emerging technologies and communication tools that continually improve message distribution and client representation in the media. He thrives in this environment of collaboration, change, and focused improvement.

Tom currently lives with his wife and two daughters on Chicago’s Northwest Side. He used to be seen performing stand-up comedy at clubs around the city, but when his first daughter was born, he “hung up the microphone” and made her his #1 audience member. However, he has found time to bring joy to residents of patient care facilities as a volunteer clown. People who visit his office can expect an introduction to his favorite collectibles, classic robots, and hand-crafted toys.

His recent speaking engagements and news items include:

To contact Tom for a consultation or to book him as a speaker at your meeting or event, email [email protected]