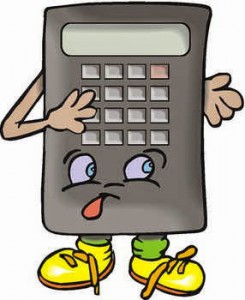 It’s amazing how people can use any kind of number to make their point, even in an established media outlet. Joe Klein wrote “Obamacare: Mend it, Don’t End it” in Time magazine, and since it’s a major publication that’s been around for a while, you’d expect to read solid information that backs up his opinion.
However, he seems to see numbers his own “special” way, since they don’t really add up. He defends the Affordable Care Act (Obamacare) and says it’s running pretty well, then uses a poll to prove his point.
“The word of mouth seems to be … not bad: a recent ABC News–Washington Post poll actually had more Americans in favor of Obamacare than opposed to it, by an overpowering 49% to 48%.”
Overpowering? It’s been a while since I’ve had math, but even I can see that 49 percent is barely different than 48. It’s just a difference of one percentage point, which doesn’t match the definition of “overpowering”. Even though he’s writing an editorial, not a straight news piece, he’s entitled to his opinion, but his argument becomes weak with those numbers that are barely different.
Later on, though, he’s more accurate when he says, “A recent Kaiser family foundation poll shows that 59% of Americans want to see this program improved…” That sounds more “overwhelming” than the other percentage he gave to prove a point that wasn’t really proven.
Joe Klein is an experienced journalist, and the fact that he’s twisted information to try to support his ideas is a lesson for anyone. If you want to use statistics or polls to support your position, make sure you’re using solid information that truly matches what you want to say. Otherwise, it can negatively affect your reputation. In Klein’s case, he seems to be doing fine, but most people shouldn’t take such a chance. What you say should be solid and helpful.
"TCPR gets media coverage with impact! Their counsel is an invaluable tool that convinces donors that our work makes a positive difference."