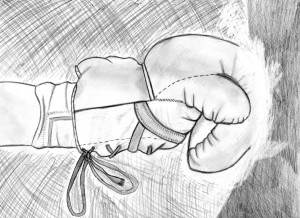 When a company makes a mistake, they want public relations professionals to fix the problem. Unfortunately, sometimes mistakes can’t be fixed, even with the best pros on the planet. The Irish Times has an article about how the Ontario Teachers’ Pension Plan is upset because one of its investments has gotten bad press. The organization owns a company that runs the UK National Lottery, but there have been a lot of technological problems, which has led to negative media attention.

The article explains that power outages, system crashes, and poor performance paint an unattractive picture, but the organization added another PR firm to brighten its image. However, even the article says it doesn’t matter because “it seems the OTPP bosses in Canada needed a fall guy” for its problems.

Not every publicity crisis can be wrapped up in a pretty bow. Sometimes the problems are so big, the only thing a PR professional can do is get the message out to the public effectively so that rumors don’t fly, and the company seems responsive rather than avoiding the issue. That’s why it’s important to have a crisis plan in place in advance to help limit the blame game.