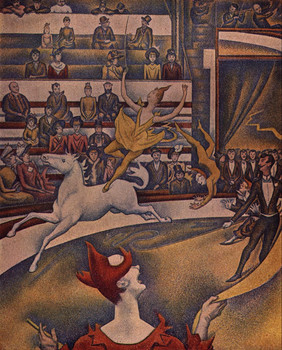 Even though the Miley Cyrus “twerking” incident occurred last month, people are still talking about it. One recent article is in Time magazine called, “The People vs. Miley Cyrus: FCC Complaints Aired” by Noah Rayman, in which he lists some of the complaints sent in to the FCC after Cyrus’ and Robin Thicke’s performance aired on MTV. There’s no doubt that there have been a lot of negative reactions, but it’s also gotten her a lot of attention, and she seems to really enjoy it.

Miley is certainly very different than her dad. He recorded country and Christian music, starred in a wholesome TV show, and generally has a clean-cut reputation. She’s obviously the opposite and doesn’t care what people think. After the MTV performance first aired, Billy Ray said, “She’s still my little girl and I’m still her Dad regardless how this circus we call show business plays out. I love her unconditionally and that will never change.” Even though it seems like he didn’t know how to respond at first because he cancelled a TV appearance, he ended up taking the high road and continues to now that her new video is out.

While I’m sure there are a lot of parents out there who think he should show his disapproval of her actions, his reputation overall hasn’t been damaged.

The reason why I’m mentioning what Miley Cyrus did is because attorneys sometimes have clients who do something embarrassing, which can also damage your own reputation. I’ve seen attorneys turn on clients by dropping a case when their integrity has been compromised, and some have trashed their former clients, like Joel Brodsky did with Drew Peterson. Yet even when the other party makes a public spectacle, you should take the high road. Also, think about why you took the troubled client in the first place. You have to be prepared to respond in such a way that will make you look good. The best way to prepare is to not wait until a disaster happens but think about all the scenarios, good and bad, when you want to publicize your case. If you’re prepared, then you’ll be ready to respond when your client isn’t acting how you think he or she should. Basically, choose your words carefully and make sure your firm is consistent with its message.

By the way, I just learned what “twerking” is, and it’s certainly not what I want my daughters to learn in the future!