An attorney may h 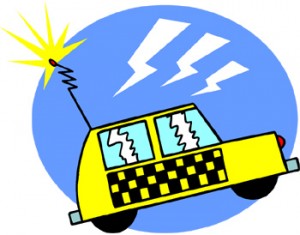 ave a law degree, credentials, and lots of CLE training, but it’s all not enough if the person makes unwise, embarrassing decisions.

Mark Wilson wrote about attorney Jennifer Gaubert, whose behavior is sending her to jail in his blog post, “Drunk Lawyer Who Groped Cabbie Convicted of Criminal Mischief”.  The lawyer took a taxi in Louisiana and claimed the cab driver harassed her, even though she was harassing him. She was so aggressive that the driver took a video to prove his innocence, but the lawyer said he tried to extort money from her, with the video as proof. Her claim was proven untrue, and she was charged with filing a phony police report. That was the second criminal charge in the case–she had already been charged with battery.

It looks like she took a new type of CLE: Clumsy Loser Exploits. Her behavior not only seems immature and unprofessional, but she tried to use the law to her advantage by lying to authorities, which is irresponsible for someone who’s supposed to practice law. The situation shows how behavior doesn’t reflect education, and anyone who behaves in such a way will end up having a bad reputation. Even though it seems to be an extreme example, it’s a reminder that we have to be careful about how we act because anyone can take what we do and plaster it all over the Internet, in addition to affecting how clients see us. After she serves her time, who knows if she’ll even get to keep her law license. Maybe she’ll take some more CLE’s on attorney ethics.