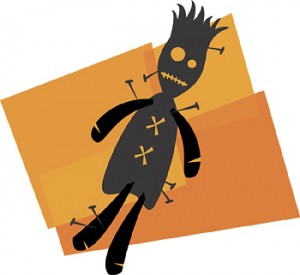 It seems like all the money in the world can’t buy good publicity. In Forbes, Agustino Fontevecchia did a round-up of infamous highlights from the lives of the Getty family in “The Great Getty Curse.”

Paul Getty was at one time the richest man in the world, so it seems with that success would come many other blessings. However, his sons had broken marriages, a grandson was kidnapped and addicted to drugs, and another grandson was found dead this year in a pool of blood. Fontevecchia also wrote a longer article about the Getty Family, “A cautionary tale.” He starts with J. Paul’s life, which had lots of romantic drama. So it seems the family has dealt with major controversies for generations, and probably will continue to feed the gossip mill for many years to come.

It’s clear that their money has not been able to keep the media away from them, just like the Kennedy family’s wealth and power hasn’t prevented people from digging up dirt. In the New York Post, Maureen Callahan says the Kennedys aren’t cursed, even though people often mention “The Kennedy Curse” when something bad happens in that family. With every tragedy, death, and brush with the law, the media quickly documents the negatives, which tarnishes people’s reputations.

We may not be as rich or powerful as those families, but our reputations can still easily suffer because now social media is everywhere; anything we do can be photographed, videotaped, tweeted, and shared with the world instantly. Before social media became so popular, someone had to be famous for the traditional media to cover them. Now even an argument on a street between two “regular” people can be captured with a smartphone and shared on Facebook.

Therefore, you’re not off the hook; be careful about what you say in public and what you share with others. Or better yet, “avoid putting a curse on yourself.”