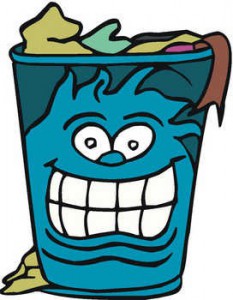 Here’s something that made news even though it doesn’t seem so exciting: a garage. Actually, it’s not that mundane because the garage that NBC Washington had a story about is where Mark Felt, aka “Deep Throat,” and Bob Woodward, who reported the Watergate scandal, met. That garage is going to be torn down, and even though there’s no specific date set, it still got attention.

The story originally came from Arlnow.com but it’s been covered in media all over the world. Who would’ve thought that a garage would become a media star? I don’t think I’ve seen many, or any, garage stories on TV or in a newspaper, and I’ve been in plenty of garages that didn’t end up in the news. Yet because of the historical significance, this garage is special, and whoever decided to publicize the demolition knows how effective publicity works.

This is a great reminder of thinking outside the box when it comes to your own business. Is there something you’re doing that doesn’t seem so interesting but could become a story that journalists would want to cover? An example is the press coverage that the Art Institute of Chicago got. Rummana Hussain did a story in the Chicago Tribune about the lions being moved for a reconstruction project, and after that, Patrick Reardon wrote an article about the trash that was found there. Trash and lions don’t sound too exciting, right? However, the Art Institute found a way to make it news and also entertain readers.

So think about what you can promote that is unique and newsworthy. You never know when one man’s trash can become another man’s treasure.