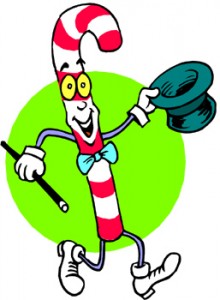 Some groups are so desperate for attention, they’ll do whatever they can to attract publicity. Even the Ku Klux Klan has its own promotional plan, though it seems like fiction. Dana Wachter’s story “KKK drops recruitment candy bags in Oconee Co. neighborhood” for Fox Carolina describes how people in a suburban area found bags of candy on their driveways with notes to join the KKK. The organization has an obviously negative reputation they have built up over the years, and no amount of candy can sweeten it, which makes their efforts seem useless.

However, it’s not always controversial organizations that have bad reputations. Ira Kalb in Business Insider says that Time Warner spent millions of dollars to try to get customers back. There was a time when Time Warner was a quality brand, but they ruined their reputation when they provided poor customer service for several years, and it’s doubtful if all the money the company has spent will bring it back to the level they want.

If your reputation has suffered and everything has been destroyed, you’ll have to think of effective ways to get people to trust you again. It takes time to rebuild, so a quick fix such as a cute publicity gimmick probably won’t work. People will not believe what you’re claiming, even though they might have a bit of fun. So come up with a long-term plan that includes baby steps to rebuild your reputation.