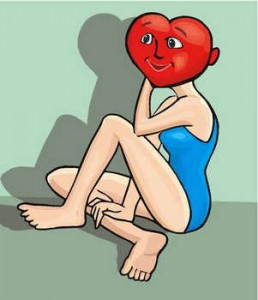 The swimsuit edition of Sports Illustrated is popular for the same reason Playboy is: the pictures. They appeal to men’s desires and fantasies (and not the good ones).

Now Mattel has gotten in on the action by creating the Barbie Sports Illustrated Swimsuit Doll. It was made to celebrate the 50th anniversary of the magazine, and it’s an updated version of the original 1959 model. What’s interesting is Target, where it’s exclusively sold, says it’s “For the adult collector” even though they say the suggested age is from six years old. Often “logic” gets lost in marketing.

=When I was growing up, six year-olds didn’t play with Barbies that looked like that. They were more wholesome-looking, but it seems like Mattel wants to stay with the times by making the doll look more sexy.

Parents who want to remember how Barbie used to be probably are wondering why they should buy it for their daughters. The image of the doll has changed, and it’s been cheapened to be more attractive to men as give girls a false image of beauty. That goal in itself seems disturbing.

The Barbie brand’s public image has changed, but that doesn’t mean our public relations message should. If there’s a central message that made you successful in the first place, don’t cheapen it when you post a rude image on Pinterest and other social media. After all, hem lines might rise and fall, but let’s keep everything covered and decent.