When we’re going to have a baby, we love to tell people about it.
However, when was the last 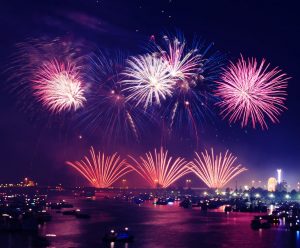 time a baby announcement could land you in jail? Alastair Lawson reports in the BBC News that a man shot an exploding target to announce his wife’s pregnancy. It sent billowing blue smoke into the air and created a boom that could be heard miles away. The man thought he was doing something clever, but it was illegal, and scary to his neighbors.

Hopefully, a business wouldn’t want to create a frightening promotional stunt, but everyone still needs to be careful. Here are 5 lessons that you can keep in mind when promoting your brand:

1 – Make sure it is legal. The man bought the explosives in a store, so he assumed it was okay to use them. However, he should have made sure he had the required permit. Whether you need a city permit or want to simply use a copyrighted photograph, make sure you find out what you need to do, or shouldn’t do, for your promotional campaign.

2 – Put it in context. A publicity stunt is more effective when you incorporate it into a promotional package that could be more valuable for media coverage. It’s about quality, not just the “wow” factor. The man was proud of the blue smoke he was creating, but in the bigger picture, it caused problems. If you’re thinking of doing something spectacular, make it part of a plan that has long-term effects.

3 – Consider your audience. The man’s neighbors were upset, even though he was having fun celebrating good news. It’s important to pay attention to what message you are communicating, and be conscientious about the details. For instance, WGN-TV picked the wrong star while reporting a positive story about a Jewish holiday. Instead of using a generic Star of David, they used an image of a star that was worn in a concentration camp. While it wasn’t an attempt at publicity, the mistake was broadcast and written about throughout the world. The embarrassment could have been avoided if they had paid attention.

4 – Focus. This is a follow-up to point number 3, because the man’s mistake was not the right message for his audience. By choosing to broadly broadcast his joy, he was off target. He was happy about the baby, but he should have communicated with people who would truly appreciate the news. Had this proud papa-to-be invited friends and family over for fireworks in his backyard, it would have been appropriate. When promoting your own story, remember that media outlets range from hyper-local to national. Therefore, consideration has to be made for the right media, message, and scope of audience.

5 – Don’t go it alone. To prevent problems and misunderstandings, consult with a team of people who fall into three categories: the CEO, who will ultimately be the spokesperson whether things go well or badly; your in-house legal expert; and communications professionals.

As Thomas Paine said, “Character is much easier kept than recovered,” and with careful planning, your reputation can be preserved if you implement a wise publicity stunt that will get the right kind of attention.