The series has spread like wildfire among pro-life outlets. However, it has gotten little coverage in outlets outside of the pro-life movement. 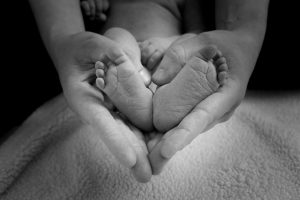 Prominent outlets such as the Journal of the American Medical Association, The Washington Post, and Politico regularly push anti-life falsehoods as news. CNN’s Jake Tapper was the rare reporter to be tough on Planned Parenthood for selling baby body parts, and it took Kirsten Powers’s USA TODAY column to force national reporters outside of Tapper to cover the Kermit Gosnell murder trial.

Even though many pro-life advocates avoid the hostile press, sometimes we need to get the press to cover abortion in order to convince the abortion-supporting public. As David Daleiden did with his videos and Gosnell did with his murders, the truth of abortion can often break through even their pro-abortion biases.

The right message with the right strategy

It’s never easy getting coverage even with well-timed and horrifying stories such as Live Action’s investigative journalism. But sometimes a story slips through. My client Created Equal flew banners above the Republican and Democratic conventions in 2016 urging them to support unborn life. The effort received liberal coverage at The Huffington Post and Jezebel, at local outlets like Cleveland.com and even the international publication The Guardian.

When David Daleiden investigated and exposed Planned Parenthood, it didn’t cost the abortion-provider money, but the group was forced to disassociate with StemExpress. Planned Parenthood also faced investigations from Congress and several states. Tens of millions of Americans saw abortion industry employees joking about making money off of piles of body parts that were, at times, illegally procured. And a press conference at which Daleiden spoke in Houston, Texas was organized by pro-life groups and received extensive media coverage both nationally and internationally.

There are other ways to get pro-abortion press to cover pro-life values. The 2014 Hobby Lobby lawsuit against the Obama administration’s HHS Mandate and the 2016 Little Sisters case are prime examples – both led to favorable Supreme Court decisions and were major setbacks to the most pro-abortion presidential administration in American history. They also secured liberty for pro-lifers in the private sector.

Not everyone has the legal, investigative, or financial capabilities of the groups mentioned above. This shouldn’t stop pro-life advocates from combining their principles with great strategy to inform communities of the truth of life. I remember helping another client, Pro-Life Action League, partner with Iowa Right to Life to throw the world’s biggest baby shower to protest a Planned Parenthood event. The local media showered it with attention.

The fight against abortion is exhausting. Over 60 million children have been killed in the last 45 years. National pro-life groups and local pro-life pregnancy resource centers need to remember that the arc of history, science, and God are on our side. And while we will sometimes fail to make traditional media pay attention, we should never forget that you miss all of the long shots you never take.