When the White House asks for a favor, it’s best to think carefully before you take action. Paul Schwartzman reported in the Washington Post that President Trump requested a Vincent van Gogh painting to put in his private living quarters at the White House. What the museum offered was a piece of art that was more functional, and controversial: a gold toilet called “America,” which had actually been used by visitors to the museum as part of an installation in a restroom. 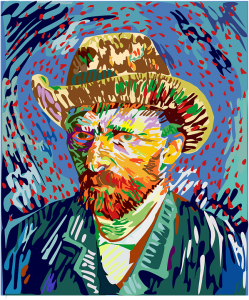 People are probably laughing at the museum’s choice of art to be loaned to the President. However, whatever you think of the museum’s decision, there are some good and negative things to observe from the situation, which you can apply in your own publicity plan:

1 – Whatever you do on a regular basis has publicity potential. The Guggenheim is probably often asked to loan works of art, and what seemed like a mundane request became something bigger. They had the opportunity to create big news out of a normal procedure, and the story ended up appearing all over the media. So they succeeded in drawing attention to themselves, which you can also do if you find an exciting angle of your own story.

2 – An item can be a powerful symbol. If they’d given President Trump a famous painting, perhaps the value of the art would become news. However, they chose something that really popped. A solid-gold toilet is much more of a conversation-starter than brush strokes on a canvas, and the pictures and videos that have appeared in the media are worth more than any advertising campaign. You might have an object or visual that would be effective in your own publicity campaign, so it’s important to think about what can make a big impact.

3 – Political statements could backfire. While I don’t know the exact motive of the museum because they didn’t talk about why they gave the President a toilet, it seems that they meant to send a negative message to him. It’s not simply a piece of art to look at; more than 100,000 people used it. Because it appears to be mocking Trump, the museum could lose visitors and money because Trump supporters would be offended, or even people who don’t like to mix politics and art. It also moves the museum from a cultural institution to political commentary, so it would not be seen as neutral anymore. Also, by making the President’s request public, the museum chose to go to the lowest common denominator. What kind of sophisticated institution would want to do that? It’s something to consider if you’re thinking of creating publicity that would bring down your image instead of boosting it.

When I first saw this story, just the picture and headline put a negative impression of the Guggenheim in my mind. Had I been advising the museum about how they could publicize requests, I might have put it in a historical context. For instance, I would have advised the museum to offer something that was on par with a van Gogh, which would also be consistent with what other presidents had received. It wouldn’t get the laughs the toilet got, but it would be respectable and would boost the museum’s reputation.

This was originally posted at Westmeath Netsortium of experts: creating programs to help enterprises perform better.